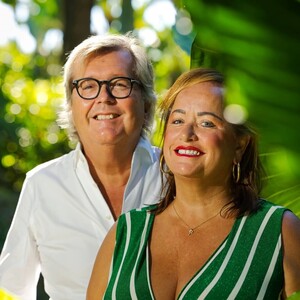 Just when you thought the Costa del Sol couldn’t get any hotter… on the 20th August, one of the world’s biggest and most luxurious mega-yachts arrived in Malaga’s smart new marina.  Proving that it isn’t only the super stylish luxury apartments or magnificent mansions in Marbella that attracts the world’s wealthiest to Southern Spain.

The Yas, is a beast of a vessel spanning an incredible 141 metres with the capacity to comfortably accommodate 60 guests and just over 50 crew. The interior design was undertaken by leading French maritime designers House Pierrejean Vision Design Studio. Needless to say, it is equipped with everything your heart could desire, whilst cruising around the Mediterranean or indeed further afield, including  a swimming pool, beauty salon and even a helipad.

In fact, the Yas, was the second mega-yacht to sail into Malaga since the opening of Pier 1 and Pier 2, which between them have the ability to accommodate 31 vessels measuring up to 180metres in length.  The first was a slightly smaller mega-yacht, ‘The Aviva’,  an uber-opulent 100 metre craft owned by one of the UK’s wealthiest men and majority shareholder of London’s famous football club Tottenham Hotspurs. 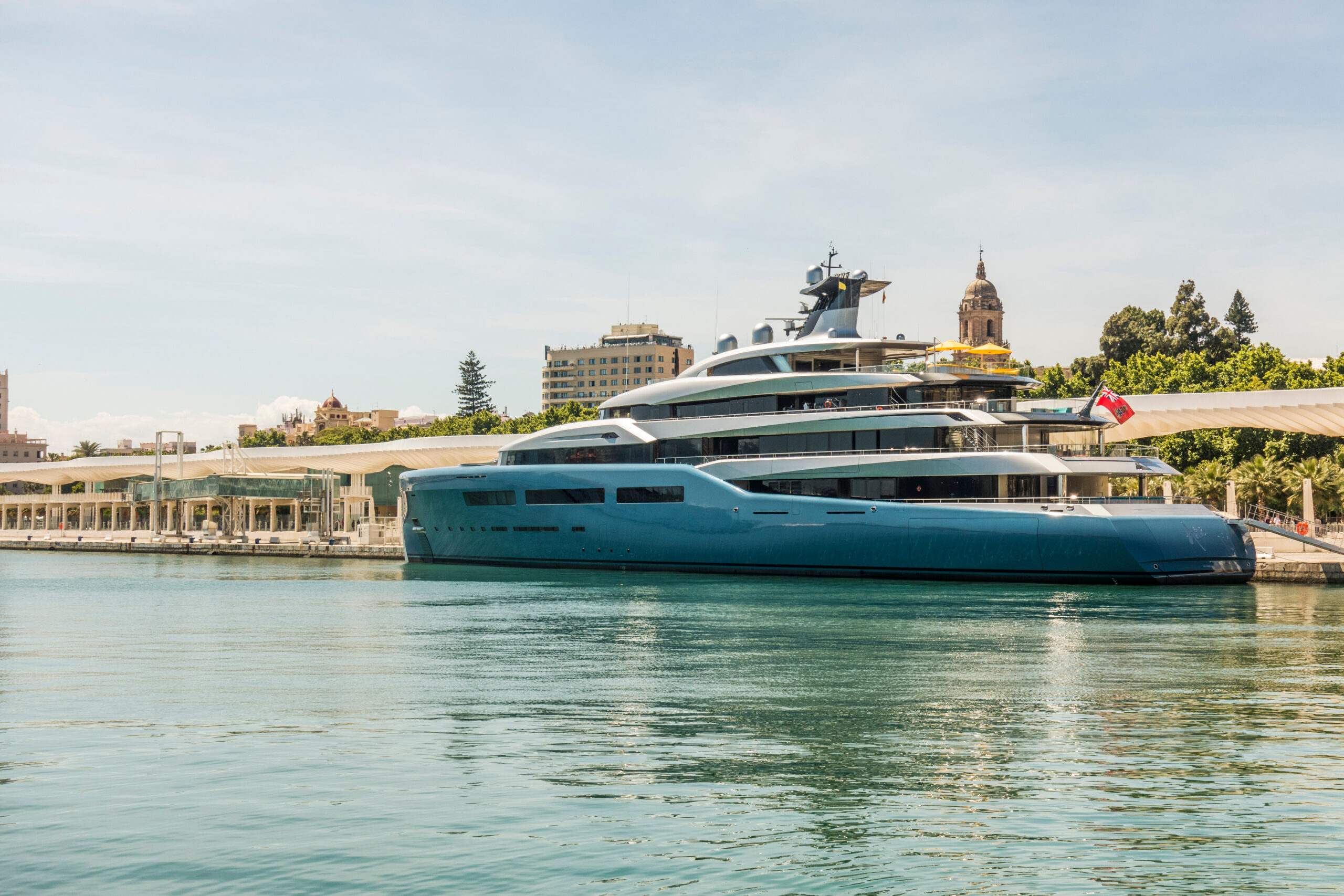 The Aviva, designed and built by Abeking and Rasmussen, features four decks with eight suites to accommodate up to 16 people.  The vessel is worth around $250 million and is particularly note-worthy as it has a unique eco-propulsion system which uses an electric motor to cut down the amount of fuel required to run.  It is the first vessel of this size to visit the marina and in the process has made it the must-do mooring in Europe.

The very first craft to dock at the newly inaugurated Malaga marina was the Azimut Grande 35 Metri, which boasted a more modest 10 guest capacity, which arrived in May 2022.  Although, much more modest, its arrival signalled that Malaga was now firmly on the nautical tourism map.

Nautical tourism is big business and the inauguration of this stunning 11€ million project is forecast to be able to generate over 100€ million per annum and around 800 direct and indirect jobs for Malaga City. The creation of this impressive maritime infrastructure has taken many years to come to fruition and has completely elevated the coastline and adds value to the city’s current tourist offering.

The marina has been designed specifically to accommodate all types of boats, especially mega yachts. There is a total of 33 berths of which 20 can easily to contain larger vessels in excess of 180 metres in length. At least two of these berths will be reserved for mega yachts of over 100 metres or more, largest ships will be moored in dock 1. In total the marina covers 41,484 square metres of water, plus extensive adjoining land.

The IGY mega-yacht marina will shortly be joined by the San Andrés marina, which will see further investment in Malaga of up to 44€ million and the creation of a further 506 berths, some of which will measure up to 50 metres in length.

Construction is expected to commence shortly and will be undertaken by the same Qatar investment fund that is responsible for the creation of a 116-metre-high hotel in the port. The project is being presented by the trading company Marina Malaga San, SL.  The consortium is currently awaiting the imminent ratification of the project by the Board of Directors of the Port Authority.

It is forecast that this marina will generate 15.7€ million a year,  70 direct jobs, 590 indirect jobs, and a knock-on effect of up to 741 related jobs in total.

The capital of the Costa del Sol

In addition to these incredible mega-yacht marinas and hotels, Malaga is also at the forefront of technology; the Malaga Tech Park currently hosts over 620 companies.

If you are interested in buying luxury real estate on the Costa del Sol, Andara Villas can help you find the best luxury property sales in your desired area. Get in touch on + 31 653 126 026.